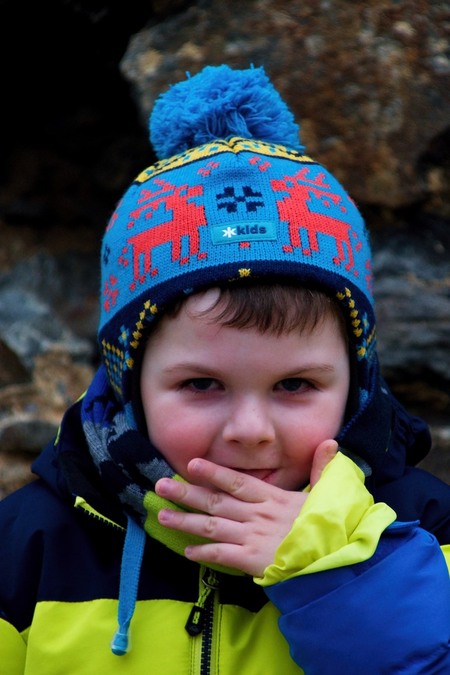 Shortly after birth, Nicolas's doctors diagnosed hydrocephalus, which causes abnormal accumulation of cerebrospinal fluid in the brain. Two operations followed, in which doctors introduced Nicolas's tube to drain excess cerebrospinal fluid into the abdominal cavity.  Ultimately, doctors found out that Nicolas has Dandy-Walker Syndrome - a rare disease that affects brain development and distorts it, resulting in problems with the movement, coordination, and intellect of the child.  It is the physical limitation that is marked by Nicolas's entire right half of the body.  At the age of three, there was another manifestation of brain damage and Nicolas began to face frequent epileptic seizures at night.  With increasing age, attention and speech disorders are more pronounced - mixed developmental dysphasia, mental retardation.  Today he is a cheerful, sociable boy, sometimes too hyperactive, forgetting everything he has learned.  He has seven operations and another series of operations awaits him.